The 2013 solo exhibition at RioBravoFineArt, Truth or Consequences, New Mexico, of twenty-three contemporary New Mexico landscape paintings of the Pecos Wilderness and the Bosque del Apache National Wildlife Refuge received the following comments from New Mexico art historian and arts writer Kathleen Sloan.
. . . Hudson is an exquisite colorist, able to heighten her palette to a feverish pitch or dial it back to a wild party.  The gestures are big and wild too, but set up a rhythm, along with the color changes, like tribesmen dancing themselves into an orgiastic state, connecting with earth-mother and father-sky. 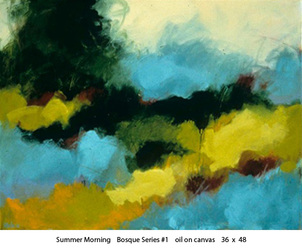 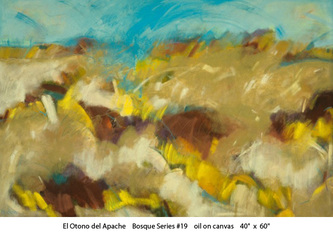 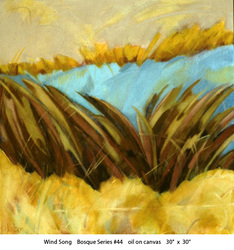 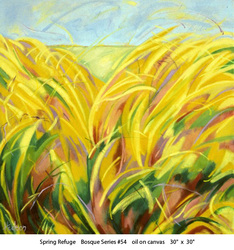 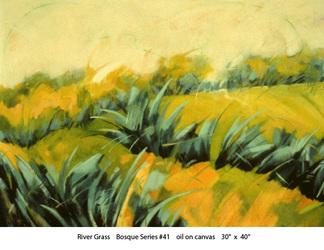 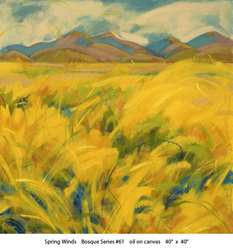 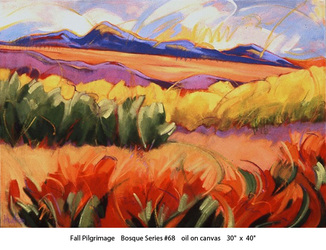 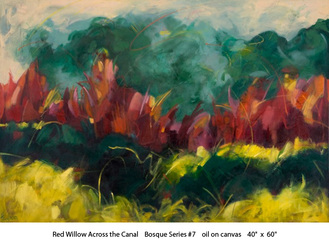 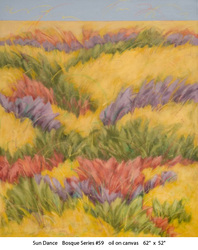 There is a palpable, vibratory energy in the New Mexico landscape that I have not experienced in quite the same way in any other place where I have lived or traveled to.  In the south at the Bosque del Apache Wildlife Refuge on the Rio Grande River and in the north in the Pecos Wilderness of mountains and valleys bisected by the Pecos River, it feels as if all of Nature is in constant movement expressing its joy at being alive.  Each location has its own identity and beauty.
It is that energy, that spirit and their contrasting manifestations that I have given expression to in the Bosque and Tierra series of paintings.

Aspects of the New Mexico landscape will continue to inspire my work, however both the Bosque and Tierra series of landscape paintings are a complete and finished series....Noël Hudson  2013
Tierra Series 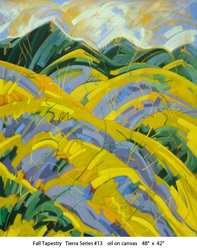 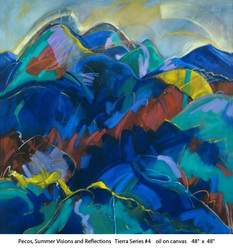 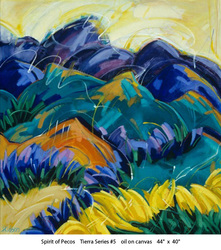 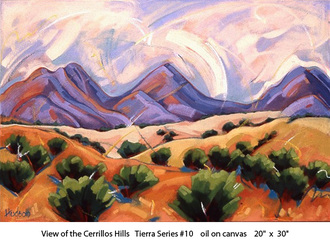 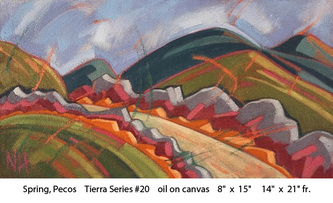 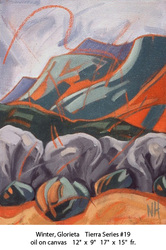 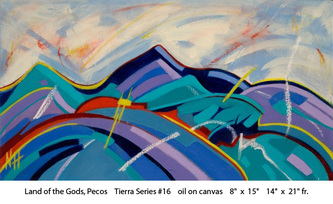